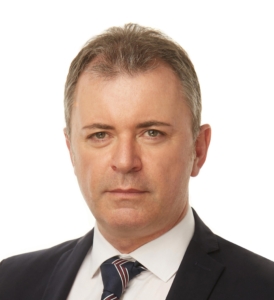 He regularly represents and supports significant domestic and foreign investors and commercial real estate developers, especially in the office and hotel sectors, as well as assists individual property transactions and portfolio deals.

Sándor and his colleagues have unique experience with FIDIC contractual schemes and other construction contracts and also in relation with design works’ documentation for major developments.

Graduated from the Faculty of Law of the József Attila University of Szeged in 1996 and started his professional career the same year.

He passed his bar exam in February 1999 and he has been a member of the Budapest Bar Association since August 2001.

In 2001 he joined the M&A dept. of one of the leading international law firms in Budapest, where he spent more than five years. From 2010 to 2017 he was acting as partner in charge of real estate and dispute resolution mandates with a Vienna based leading international law firm. During this period, he participated in major transaction matters and also high profile dispute resolution mandates (including a significant case won at the Court of Justice of the European Union).

Looking for new challenges, he has joined Kapolyi Law Firm in the summer of 2017.

He speaks English fluently and German on an intermediate level.

Our People
Scroll to top