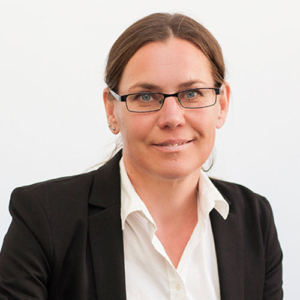 Based on Parliament’s authorisation, the Government enacted Decree 102/2020. (IV.10.) on diverging provisions concerning the operation of partnerships and capital companies during the state of emergency (hereinafter: “Decree”). The decree was issued on 11 April 2020 and will remain in effect until the state of emergency ceases according to government Decree 40/2020 (III. 11.).

The Decree set forth special provisions for the operation of legal entities’ corporate bodies (e.g.: members’ meeting, general meeting, board of directors, supervisory committee, etc.) during the emergency period. It is important to note that the Decree’s provisions apply for deadlines already expired before the Decree’s enactment, but after the declaration of the emergency. It also applies to persons whose mandate, appointment or elected office expired after the declaration of the emergency but before the enactment of the Decree and no other person has been appointed or elected to replace them.

This piece summarises provisions on legal entities regulated by the Civil Code. Special provisions for publicly listed companies (plc.) were summarised in our earlier article.

Meetings of a corporation’s governing bodies (members’ meeting, general meeting, etc.) may not be held by attendance in person (this applies to a meeting already convened by the time when the Decree was enacted). If possible, members may attend meetings through electronic communication devices or make a decision without holding a meeting – unless this does not violate any laws and it is initiated by the management -. According to the Decree this is permitted even if the legal entity’s articles of association (hereinafter “Articles of Association”) do not contain any provision for the processes and conditions of decision-making without holding a meeting.

If the Articles of Association contain provisions for holding a meeting through electronic communication devices and for decision-making without holding a meeting, those provisions prevail. If not, the management is entitled to establish them, but certain rules for warranties must be observed:

The designated executive officer of the legal entity is to chair the meeting of the governing body and record its minutes, indicating the circumstances of the meeting and the personal details of the members participating by electronic means. The minutes shall be signed by the chairman of the meeting and no attendance list is required.

A member of the supervisory board and the permanent auditor may participate in the meeting of the governing body the same way as the members of the legal entity (essentially by electronic means).

If it is not possible for members to participate in the meeting through electronic communication devices or to make a decision without holding a meeting, the management decides on the approval of the annual report, dividends as well as issues belonging to the competence of the governing bodies and necessary to maintain the legal entity’s lawful operation and the management of the emergency situation, as well as on urgent matters unless the majority objects to the proposal. However, the management (i) may not amend the Articles of Association unless required by law; (ii) may not dissolve the company without a legal successor; (iii) may not decide on the transformation, merger or division of the legal entity, nor may it decide on ongoing issues related to transformation, merger or division that belong to the competence of the governing body; (iv) may not decide to reduce the registered capital of limited liability companies and private companies limited by shares; (v) may decide on additional payments or other capital injections only with the prior written consent of the parties obliged to provide them.

The decision of the management made on the basis of the above rules shall be placed on the agenda of the extraordinary meeting of the governing body to be convened to be convened no later than on the 90th days after the cessation of the emergency. However, if the decision is amended or repealed by the governing body, it does not affect the rights and obligations arising from previous decisions of the management.

The corporate bodies of the legal entity (executive board, supervisory board, audit committee, or further corporate bodies established by law or the Articles of Association) may hold meetings through electronic communication devices, or through other electronic devices which permit the identification of attendees. Alternatively, corporate bodies may conduct written consultations, and make decisions in writing. In lack of relevant, approved procedures for the above, the rules and processes of the meeting and decision-making are determined by the chairman of the body which must be communicated to members involved. Written consultations and decision-making may also take place through electronic messages (i.e.: through e-mail).

A further temporary rule is that shall the term of the appointment of a member in the above corporate body or the appointment of the permanent auditor expire during the emergency period (even if their appointment expired after the announcement of the emergency, but before the publication of the Decree and no other person has been appointed to replace them), their mandate will remain effective until the 90th day after the cessation of the emergency period and they are obliged to continue to perform their duties. Exceptions arise if the appointment of said person ceases due to death, recall, restriction of his legal incapacity or upon the occurrence of an event which provides grounds for exclusion or a conflict of interest.

If during the period of the emergency the number of members in the abovementioned bodies decreases below the number set forth by law or the Articles of Association, or if a member is unable to act due to the coronavirus pandemic, the remaining members are entitled to pass resolutions. In this case, the rules on the quorum of the said body shall be determined by the number of members available to decide. Even in this case, resolutions must be passed by simple majority; however, even one member is entitled to pass resolutions if all the other members of the relevant corporate body are unavailable.