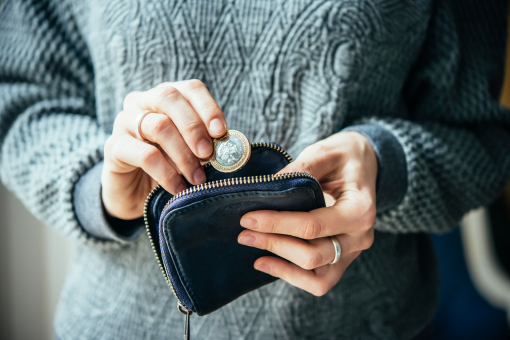 The bill on restructuring and amending certain laws for the purpose of legal harmonization was prepared to transpose the content of the Titles I-II of Directive 2019/1023/EU into the Hungarian law. The Directive aims to increase the competitiveness of the Member States and the EU, which the Directive aims to achieve in two phases: restructuring of the legal persons in financial difficulty but not insolvent yet, and the debt settlement and debt relief proceedings of insolvent self-employed individuals. The proposal concentrates exclusively on the fulfilment of the first step (the rules of the debt settlement of private individuals are covered by Act CV of 2015 on the debt settlement for natural persons, so that in their case the provisions of the Directive are transposed by amending this Act).).

The legislative background of the bill is Government Decree No. 179/2021. (IV. 16.)on reorganisation procedure for emergency situations similar to the restructuring procedure, which aims to restore the financial situation of companies in imminent insolvency under Act XLIX of 1991 on bankruptcy and liquidation proceedings (“Bankruptcy Act”). However, there are also substantial differences between the two procedures.

The purpose of the bill is to ensure that the economic activities of the companies is sustainable even if they struggle with financial difficulties and to avoid bankruptcy or insolvency for these companies. It is worth mentioning that the personal scope of the bill does not cover financial institutions, private entrepreneurs and public bodies, however, capital owners and other third persons are entitled to join the restructuring plan. During the procedure, the court may appoint a restructuring expert at the request of the debtor or the creditors, whose job is to assist the debtor in, among others, communicating with creditors, drafting, voting on and implementing the restructuring plan.

A restructuring procedure may be initiated by any legal person or civil law entity engaged in economic activity, but the bill defines item by item the types of debtors who may not initiate the procedure, furthermore, it strictly stipulates that public burdens related to employment, VAT related to the debtor’s activity and the assets subject to criminal law measures may not be included in the proceedings. The decision on initiating the procedure is taken by the decision-making body of the debtor (the sole member in the case of a single-member company), but the non-litigious procedure may be requested exclusively from the Regional Court of Budapest, as the court with exclusive competence and jurisdiction. Legal representation is obligatory in the procedure. The starting date of the procedure is set by the decision of the debtor’s decision-making body and the closing date is the date of full implementation of the measures adopted in the restructuring plan, or the date of failure. As a basic rule, it is not possible to carry out more than one restructuring at the same time.

A fundamental characteristic of the procedure that it starts as a trust procedure and only turns public if the debtor requests a general moratorium. During the restructuring, a restructuring plan must be drawn up and accepted, which must be suitable for preserving the viability of the debtor and must also be capable of restructuring the company’s debt composition and repayment conditions to bring them into line the debtor’s ability to pay. The restructuring measures are not itemized in the bill but are merely defined in a framework.

The approval of the written restructuring plan, which has been voted by the creditors is referred to the court’s competence according to the bill, which approval has legal effect. It is the court’s duty to examine the formal and legal accuracy of the plan during the procedure and, if they are in order, approve the plan. If the debtor decides to initiate the procedure, the owners have a duty to co-operate to successfully advance the process. Otherwise, if restructuring is unsuccessful, the moratorium is lifted, however, the court will not be entitled to declare the insolvency of the debtor on that basis alone.

The moratorium on enforcement of claims ensures that creditors may not take enforcement actions against the debtor during the restructuring procedure and that insolvency proceedings may not be initiated against the debtor, either, thus ensuring that the restructuring procedure does not impose an undue risk on the debtor. However, in the creditors’ interests, the moratorium should be ordered for a fixed term only and, in special cases, such as in the event of the debtor foreclosing on collateral or if the moratorium causes the creditor to become insolvent, the moratorium may be terminated before the expiry of the 90-day minimum period.

The bill limits the scope of legal remedies against court decisions and their legal consequences. Thus, of the refusal decisions, only decisions based on discretionary points of law may be appealed. An appeal against an order approving the restructuring plan does not affect the rights and obligations relating to the implementation of the plan until the second instance decision pronounces a modification of the first instance order to such an extent that refusal to approve the plan becomes necessary. No extraordinary remedy is available during the proceeding.

The bill also requires the amendment of Bankruptcy Act and the clarification of the relationship between bankruptcy proceedings and restructuring proceedings, as these proceedings may not be carried out in parallel and the debtor must choose which procedure he wishes to initiate. The bill is expected to enter into force on 1 July 2021.