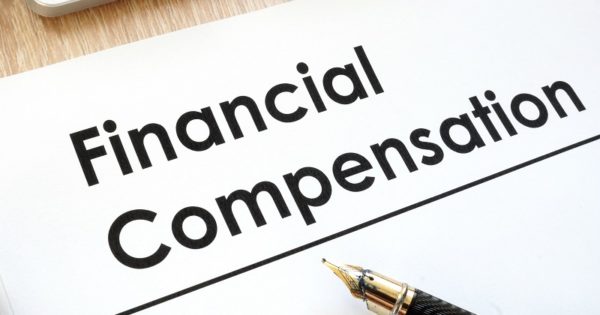 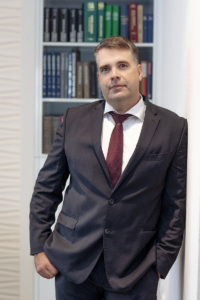 The excessive length of civil procedures is not a Hungarian nor a new problem.  This issue arises from several causes, so the solution shall involve more elements as well.  One way of accelerating the process is the modernization of the procedural code, which the new Code of Civil Procedure has attempted to achieve – although the result is not yet completely clear.  A further way is to sanction if a court is simply slow despite the rules that allow the reasonable duration of a litigation matter.  This is the purpose of Act XCIV of 2021 adopted at the end of June on the enforcement of financial compensation in connection with long-lasting civil litigation procedures (hereinafter referred to as „ Pevtv”).

The excessive length of civil lawsuits obviously arises as a problem because, in a specific case, it may cause a harm to the interests of a party, who would therefore seek legal remedy and / or request a financial compensation.  Such cases have existed so far, for example in the practice of the European Court of Human Rights (ECHR).  However, this is not a system-wide solution for the problem.

By sanctioning the slowness of a civil lawsuit, the Pevtv can force the judicial organization to work even more efficiently.  The Pevtv can also give the party affected by a still long-continued civil litigation an opportunity for a compensation that can be enforced in a relatively simple manner.

My aim here is not to present the details of the Pevtv and the various methods of calculation and possible interpretation problems, but to describe the essential provisions of this new Act.

The scope of the Pevtv extends exclusively to civil litigation matters (including payment order procedures turning into litigation).  The Pevtv excludes criminal procedures.

The total length of the procedure also includes the duration of any repeated procedure as well as that of an allowed retrial procedure.  It can be expected mostly in the case of repeated procedures and retrials that the – otherwise sufficiently generously set – maximum acceptable time would be exceeded.

The Pevtv specifies the reasonable duration of a civil lawsuit, beyond which “the cash register may ring”.  The main rule for the entire duration of a civil lawsuit is sixty months (five years), and for each stage of the procedure it is the following: first instance – thirty months; first instance beginning with an order for payment – thirty-six months; second instance – eighteen months; and extraordinary judicial review – twelve months.

The maximum limit of the entire reasonable duration is shorter – thirty-six months (3 years) – in lawsuits regarding personal status, in lawsuits for the maintenance of a minor child, in press rectification lawsuits and, in labour lawsuits; furthermore, the maximum boundary of the reasonable duration for each stage of such procedures is shorter, as well. However, this list could be supplemented by other cases to be dealt with quickly.  Additionally, thirty-six months still seems too much in cases that do require a quick adjudication.

The court adjudging the claim for financial compensation may deviate in both directions from the above limits based on a well-reasoned decision (subject to certain limitations).  This may be necessary for the appropriate individualisation of the cases.

We already know when the financial compensation may be due; yet we do not know how much that is exactly.  The answer to this basic question is given by a government decree also adopted at the end of June (372/2021): “at the start”, the daily amount of financial compensation will be fixed at four hundred forints per day. Therefore, after a full year of delay, a maximum of HUF 146,000 can be paid.

An extremely important question is how well this government decree has “shot” the appropriate level of the financial compensation. If it is too low, there will be no real compensation nor will it push the courts towards greater efficiency.  If it is too high, it can lead to an undue burdening of the judicial budget and even to malignant, profitable cases. In my opinion, the daily HUF 400 compensation is too low, to say at least, so the new legal institution will not have any significant effect at all. As in the case of legal assistance (which many would need), there is a good chance that the lawyer’s fee will take away the full financial compensation granted, even when somebody has a very fair fee agreement. Because no one should expect at this moment that the courts are about to start awarding realistic lawyers’ fees to the winner, especially in non-litigious procedures – which has not really been seen before so far, not even in cases between private parties (and in this case we are talking about cases against national courts and ultimately the state budget).

Of course, the success of the Pevtv would – in theory – depend on other factors.  For example, it is a question whether a judge who is recurrently slow should expect consequences.  In case the answer is no, and particularly if the amount of the compensation is also set too low in the government decree, the whole new compensation system will not make much sense in practice.

In fact, despite the noble intention of the legislator, it is possible that the Pevtv will introduce or institutionalize a semi-new legal institution that will have little or no practical effect relevant to the legislature’s real aim; while courts will attempt to avoid potential delays to the detriment of the parties and their legal representatives.

The essence of the Pevtv can be seen from the above, I would like to highlight some further important details.

It will still be possible to go to the ECHR with a claim based on the excessive slowness of a civil lawsuit, but the Pevtv seeks to manage that it will not be possible to make money in both ways (in Hungary based on the new act and before the ECHR) for the same excess.

The claim for financial compensation will be enforceable against the court of first instance (in case of a district court, against the competent tribunal), so not directly against the state.

According to the Pevtv the enforcement will take place in non-litigious civil proceedings solely on the basis of documents, even in connection with ongoing litigation procedures, and in rapid proceedings with very strict deadlines (in some cases a few months, up to half a year).

According to the Pevtv, it will be ensured that the court(s) affected by the delay will not take part in the compensation procedure, so there will be no need for a separate (time-consuming) exclusion procedure.

In non-litigious proceedings, the duties will only have to be paid by the applicant in arrears if the application fails.

The new Act and the related government decree, will enter into force on 1 January 2022 and shall be applied to the ongoing cases as well.

Otherwise, in addition to, or instead of, the compensation under the Pevtv, there will still be no obstacle of making a pecuniary claim on other possible grounds (grievance fee, damages caused by a court) if their relevant statutory preconditions are met in the given case.

The success of Pevtv – namely, whether if it is be able to speed up civil litigation procedures and compensate those harmed by delays – is very doubtful from the outset, with the daily amount of the compensation being too low. But success will also depend to a large extent on the attitude of the civil courts that decide on the compensation. What will be considered as the protection of the “honour of the uniform”: granting the financial compensation, whenever possible, or the denial of the slowness, and therefore the refusal of the compensation as well, whenever possible? It will be revealed soon.