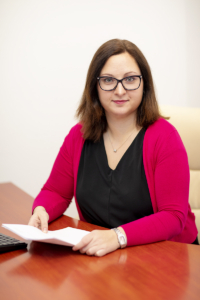 Significant relief was granted to directly or indirectly state-owned venture capital and private equity funds which, individually or jointly with another company, acquire management rights in a company for investment protection purposes. During the period of the emergency, for transactions in which the acquired company was in a difficult situation as a result of the pandemic, there is no need to notify and gain approval from the Hungarian Competition Authority (GVH). The pandemic will result in several changes in the economy and market structure, raising several issues in competition law, such as the prohibition of the abuse of a dominant position or significant market power or the authorization of mergers. Kapolyi Law Firm’s competition law expert summarised the most important information and what measures may be expected from the authorities.

As a result of the pandemic, customer and consumer needs are changing so rapidly and drastically in several sectors, that adapting to them poses serious challenges for most companies. The necessity of the changes affects nearly all economic actors to a certain extent, given the effects of the pandemic, and the legal regulations and amendments aimed at preventing and managing it. Furthermore, with regards to the method of adaptation – taking into account the necessary epidemiological measures – companies are not entirely free to choose and implement their own measures (e.g.: the opening of commercial catering units is restricted, and the holding of certain events is prohibited). Many businesses will therefore not be able to cope with the challenges posed by the pandemic and the ensuing expected economic recession, or will find it far more difficult to do so. Concurrently, there will be some who will be able to prepare for the forthcoming period, by maintaining their previous position or even strengthen it, increasing their market share. According to Dr. Katinka Tölgyes, Kapolyi Law Firm’s competition law expert, this is likely to affect market structures, which will presumably become more concentrated for a while. The market position of a company may change with respect to its competitors or suppliers. This means that with the marginalization or even disappearance of competitors, companies in a weaker position may become dominant, or companies in a dominant position may find themselves in an even more favourable position. Additionally, the market power of companies in relation to suppliers may strengthen, or significant market power may shift to companies that previously did not have any. Kapolyi Law Firm’s competition law expert highlights the fact that neither competition nor commercial law prohibits a dominant position and significant market power, but the laws sanction their abuse. Therefore, businesses which are more successful than others in coping with the current economic crisis must be careful not to violate regulations. As consumers may be more vulnerable to the negative externalities of market abuse in the current pandemic situation and the forthcoming economic recession, the Hungarian Competition Authority can be expected to be more stringent.

Dr. Katinka Tölgyes emphasises that a further consequence of the changes in the market structure, and a presumed concentration is an increase in the number of mergers and acquisitions of companies. This is because businesses in a difficult situation are less likely to be able to maintain their independence, and for more successful enterprises, acquiring a company may entail a new business opportunity. When certain revenue thresholds are met, mergers must be approved by the GVH, in the absence of which the merger may not be executed. The GVH may also make its approval subject to conditions (e.g.: the sale of a certain part of the business within a specified period of time). However, per the Competition Act, it is also possible for the GVH to authorise the execution of a merger prior to the completion of the authorization procedure upon a separate application, if this is necessary to preserve the value of an investment. Given the impending economic recession, it is expected that the number of these applications will likely increase, as maintaining the survival and viability of distressed, therefore acquirable companies, and protecting the investment of acquiring businesses, will justify the submission of applications more frequently than in a prosperous economic period. In an earlier communication, the GVH asked companies to consider postponing the notification of planned mergers. The authority also highlighted that given current circumstances, it is more difficult for the GVH to collect information (e.g.: from competitors, suppliers) that may be necessary to assess the merger, which may result in complications for involved parties.

Dr. Katinka Tölgyes emphasises that concurrently, the Government exempted certain enterprises from their notification and authorisation obligations in view of the emergency situation. Therefore, by derogating from the provisions of the Competition Act, and in accordance with the Government Decree’s provisions for specific credit, capital and warranty products within the framework of the Economic Protection Action Plan, the GVH does not have to be notified about mergers involving, a directly or indirectly state-owned venture capital or a private equity fund which are executed through a financing transaction necessitated by the pandemic, through a capital program set up for that purpose. The same applies for directly or indirectly state-owned venture capital and private equity funds which, individually or jointly with another company, acquire management rights in a company for investment protection purposes. However, this only applies until the cessation of the emergency period.