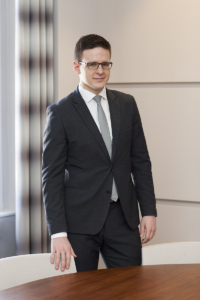 In our last article on the construction boom’s legal challenges, we considered three cases where an appropriately drafted construction contract helps projects be executed in a timely, cost-effective manner. This paper considers two further instances, where poor drafting may result in legal disputes or even delays in the project.

There are two ways in which parties generally set the contract price: as a lump sum, or through an itemised final statement. If the latter is used, it is usually clear from the statement how the contractor would like to receive payment for the material costs and the works carried out. However, the use of a lump sum contract price – which is mainly used in large-scale, multi-phased construction projects – may lead to disputes over the contract price and additional works.

The first issue arises when defining the two concepts. ‘Contract price’ and ‘additional works’ are defined differently in the Hungarian Civil Code and in the sectoral construction regulation. It is therefore strongly recommended that parties explicitly define what they mean by these terms in the construction agreement. The Civil Code may serve as a good basis of the definition, but it has to be modified to fit the needs of the parties and the project itself.

At the beginning of a construction project, if parties agree upon a lump sum contract price, they usually must not contest that the project or a given phase of the project has to be executed at the price set in the contract. The use of ‘additional works’ further supports this agreement by listing those works, which were not considered when calculating the contract price, but still has to be carried out to satisfy technical specifications, or for the sake of using the property for its intended purpose, at no extra cost or fee. It is worth mentioning that the contractor may still claim payment for additional works which were not foreseeable at the time of signing the contract. However, it is also possible for a contract to explicitly exclude payments for unforeseeable costs.

As we discussed in the previous articles, alterations are inevitable and regularly happen during constructions. It is therefore essential to define the timeframe and means by which the contractor can claim payment for extra works and/or request an extension, and list the documents required for submission. The timeframe and method for the evaluation of requests by the employer should also be defined. In order to avoid a later dispute, it is crucial to document the order of extra works, given that it will form a part of the original contract. It is important to stipulate in the contract that the contractor may only perform the extra works, once the price and the technical specifications have been agreed upon by the parties. It is inadvisable to demand payment for extra works from the employer without prior negotiations, after the works have been finished, as in this event, the contractor’s invoice may be at risk of being rejected.

The means of provision (such as: bank guarantees, withholding of payments by the employer etc.) and the size of different securities form a central part of the construction contracts. Often, the enforceable claims against a security are not defined in sufficient detail in the contract. The lack of precise definitions may even legally invalidate the exercise of a guarantee, in which case the full amount may be recovered by the employer from the contractor. For instance, this may be the case if the employer uses the performance guarantee as security against penalty payments, and/or compensation claims, without an express permission provided in the contract.

Recently, bank guarantees became one of the most widely used means of providing securities in the Hungarian construction industry. When using a bank guarantee, aside from a few exceptions, the guarantor bank is obliged to pay without examining the underlying legal relationship of the parties. It is often the case, however, that while the bank guarantee was exercised, the conditions set out in the contract are not satisfied. Even if the payment is made by the guarantor, this may justify a claim for fully recovering the amount of the bank guarantee from the contractor, including accrued interest and the costs of court proceedings. The same goes for cases when payments are unduly withheld or even used by the employer. Therefore, it is crucial to not only define the claims enforceable against the guarantee, but also the means of exercising it, relevant deadlines, and to lay down the contractual method for the making a formal written request for contractual performance.