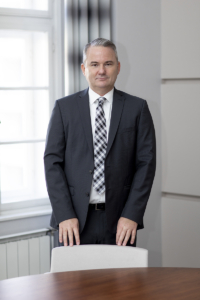 Most EU Member States have closed their borders in order to curb the coronavirus epidemic, which has hit millions of frontier workers, including tens of thousands of Hungarian ones, particularly negatively. The labor law background of the situation is summarized by the professional of Kapolyi Law Firm, who points out:if frontier workers are prevented from going to work due to entry or exit bans, the laws of the EU Member State in which the employee regularly works apply to the consequencies. However, if the frontier worker loses his job, he can claim unemployment benefit from his Member State of residence (home Member State).

Because of the coronavirus epidemic, most EU countries have closed their borders; to a large extent, only their own nationals can enter these countries. This situation has affected frontier workers particularly negatively who work in an EU Member State other than their home Member State while they are regularly returning to their home country. Dr Gábor Horváth, EU labour law expert of Kapolyi Law Firm, said that in order to facilitate the situation of frontier workers, the European Commission issued recommendations[1] in March 2020, according to which Member States shall allow free and rapid border-crossing for frontier workers. In line with this, measures have already been taken in Hungary too, since daily border-crossing (commuting) to several neighbouring countries for working perspective has become possible recently. It means that frontier workers are exempt from the 14-day quarantine imposed by the authorities as well as the entry ban for non-nationals. Nevertheless, cross-bordering (commuting) can, for example, turn to be impossible due to entry ban(s) imposed by the country of destination,.  In this case, according to the law applicable to contractual obligations and in the absence of choice of law, an individual contract of employment is, in principle, governed by the law of the country in which, or in lack of that, from which the employee habitually carries out his work. In view of the EU labor law expert of Kapolyi Law Firm’s if a frontier worker is unable to go to work due to entry or exit ban(s), the laws of the EU Member State where the frontier worker habitually works (Member State of employment) is applicable for the consequences of not being able to work and the assessment thereof.

According to the Regulation on the free movement of workers within the Union[2], frontier workers are entitled to the same social and tax advantages equal to the nationals of the Member State of employment.

Kapolyi Law Firm points out that in the unfortunate event that, in the current situation, a frontier worker loses his job, he can claim unemployment benefits from his Member State of residence, according to the relevant regulations and provisions of this EU Member State.